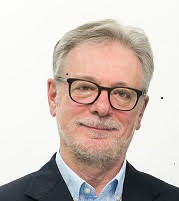 Before being appointed Associate Professor I spent about ten years (1977-1988) as post-doc and lecturer at the Universities of Rome-La Sapienza and then Milan.

I served as President of the Italian Association of Political Communication from 2014 until 2019.

My research interests focus mainly on the role of media in society, with a very special focus on how mediated communications affect politics and political dynamics, in a comparative perspective. In the early years of my research activity I found inspiration in the works of and in the personal interaction with leading scholars in these fields such as Denis McQuail and Jay G. Blumler, whom I consider my virtual mentors.

My scholarly ‘engagement’ has been largely in International networks. Here are some of my ‘commitments’:

If you wish to know more about my scholarly career, you can find me on:

Or just look into my CV